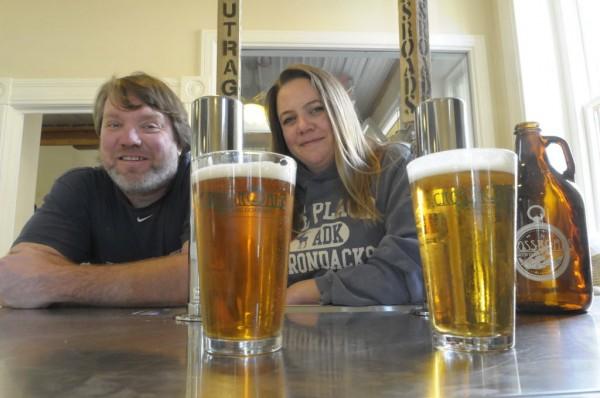 Kenny Landin and Janine Bennett at the tasting room

Crossroads Brewing Co. in Athens, which hasn’t even opened its bar yet, was named the Best Craft Brewery in the Hudson Valley over the weekend at the TAP New York beer and food festival.

The brewery, which has a tasting room at its yet-to-be-opened brew pub in downtown Athens, also took home two other awards.

It won a bronze medal for its Outrage IPA in the category for best individual craft beers in the Hudson Valley, and it won the John Calen Memorial Award for the best English style pale ale in the state, also for Outrage Ale, a 7 percent IPA…..